•Services of a guide/driver

• Start from Riga or Jurmala
• The Rundale Palace - is set amidst the fertile Zemgale Plains in the south of Latvia. The Rundale Palace ensamble, one of the most outstanding monuments of Baroque and Rococo architecture in Latvia, was built between 1736 and 1740 as a summer residence for Ernst Johann Biron, Duke of Courland and a favourite of the Russian Empress Anna Ioannovna. The palace was designed by the Russian court architect Francesco Bartolomeo Rastrelli and built under his supervision;
• The Hill of Crosses - is a historical and architectural monument, a unique ensemble of folk art. Its peace, spirituality, authenticity, and sacred nature attracts visitors. The oblong mound, somewhat similar to a saddle, stands on a plain and is surrounded by the valleys of Kulpė stream and its nameless tributary. The hill itself sits on the Jurgaičiai-Domantai mound with a former ancient village dating back to the 13th-14th centuries. It became a sacred site in the 19th century. It is said that the first crosses were erected here by the next-of-kin of the rebels that fell in the 1831 rebellion. The family members erected the crosses at this site because the Tsarist reign did not allow them to pay proper tribute to the graves of their relatives. Even more crosses were put up after the rebellion of 1863. At that time, the tradition of visiting and erecting crosses on the hill began to emerge. The Hill of Crosses became a place of vow making. According to another version, many crosses were put up after the Virgin Mary and baby Jesus appeared on the mound in the 7th decade of the 19th century; it was she who supposedly encouraged people to put crosses at this place. In 1850, there were 17 crosses on the hill, from 1895 to 1898 the number increased to 180, and in 1938 there were over 400 crosses. The number of crosses also grew during the period of Soviet occupation; in 1960, there were 2,500 large crosses alone;
• End in hotel or apartment in Vilnius 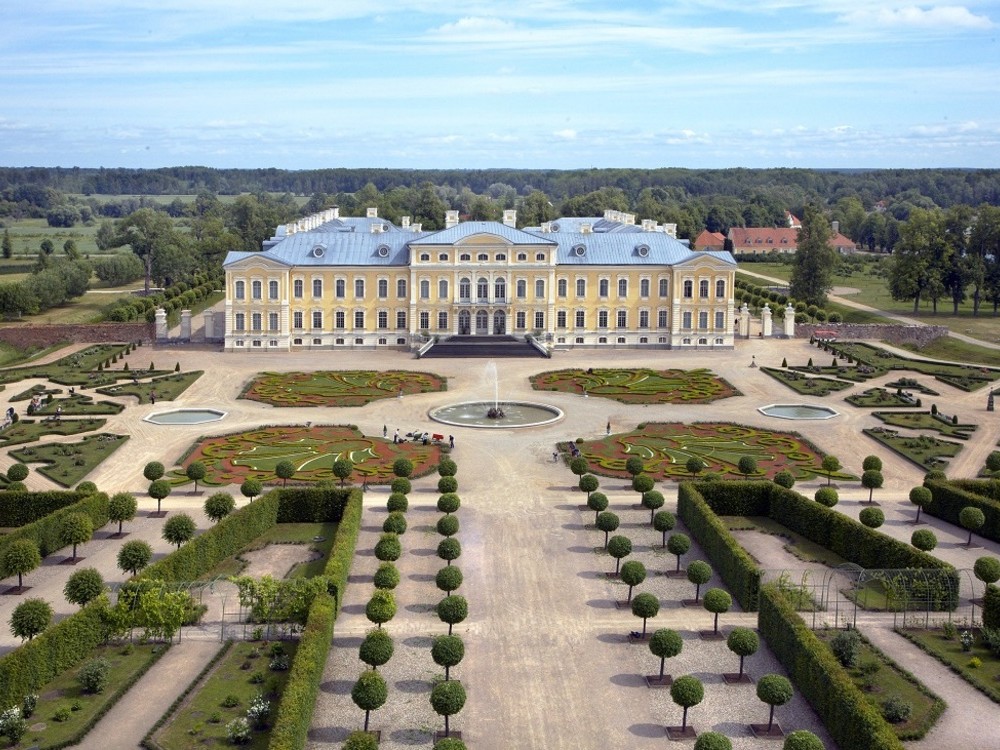 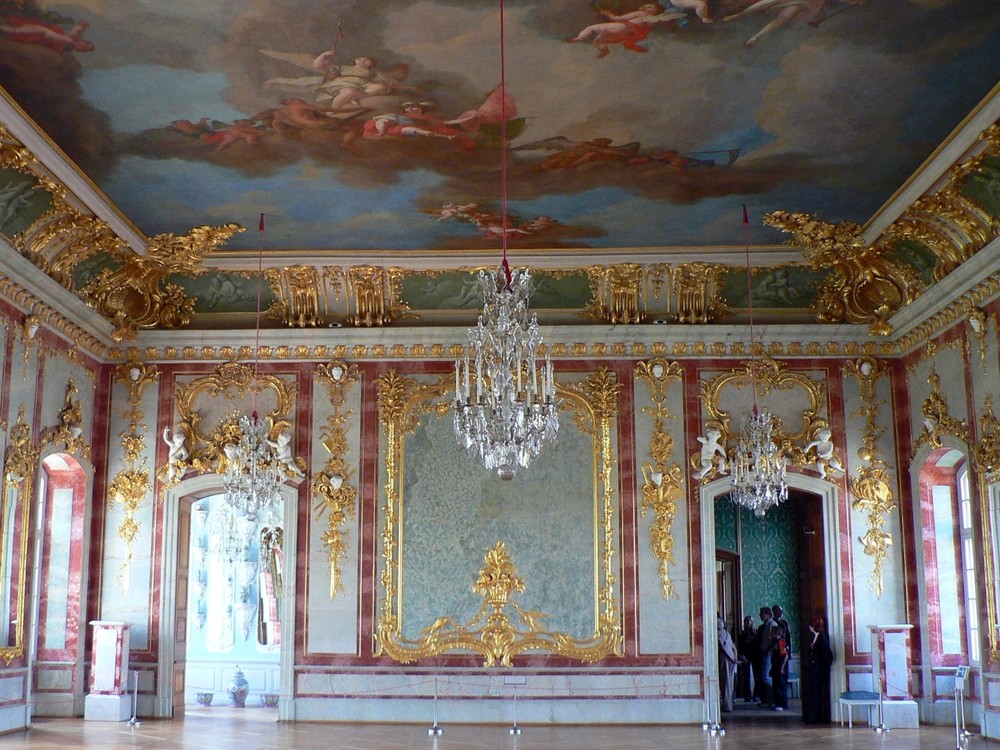 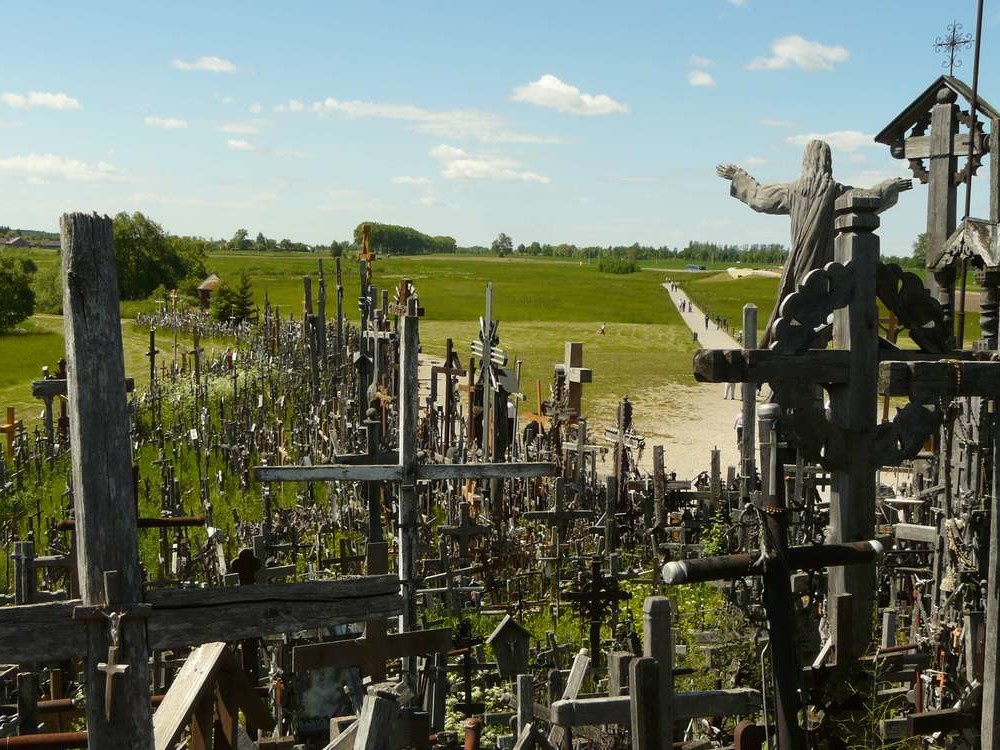 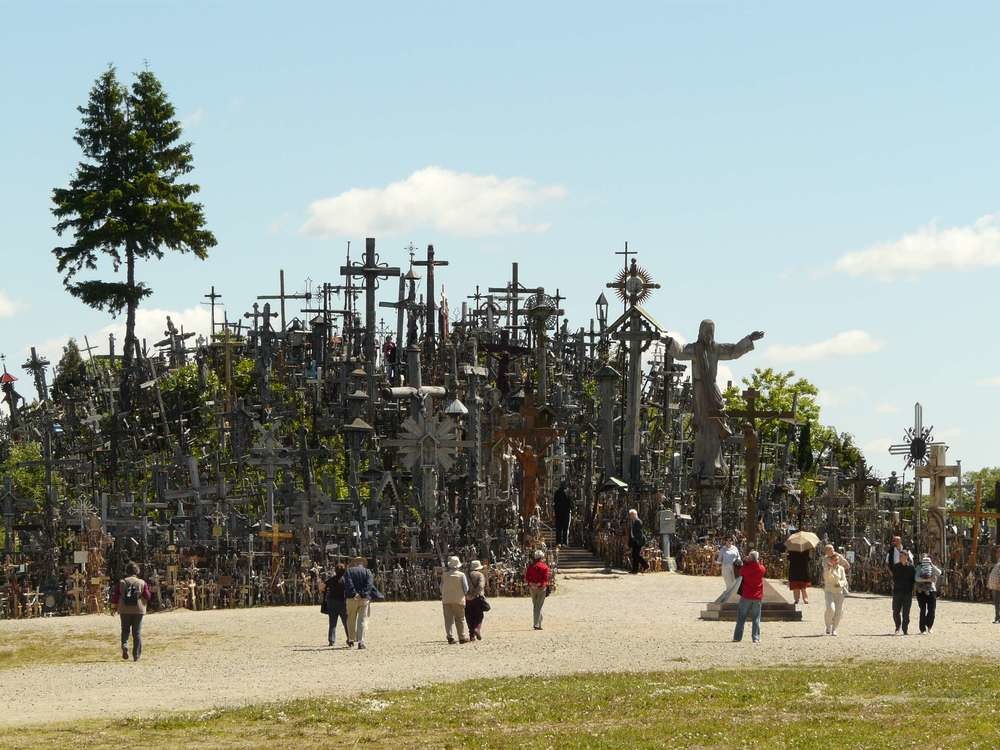