It’s taken Latvia 25 years to shrug off the fetters of Communism, but this Baltic treasure looks ready to shine for its silver anniversary. The country is resuscitating ancient traditions, restoring crumbling castles and manor houses hidden in its pine forests, and transforming its once stodgy cuisine into cutting-edge New Nordic fare. Seductive Riga, meanwhile, has built on its reign as a European Capital of Culture with improved infrastructure and a round of renovations as its population continues to grow.

Latvia is shining for its silver anniversary. Celebrating 25 years of freedom from its Soviet fetters, little Latvia is poised to take centre stage after more than two decades of playing catch-up with many of its European brethren. And the title of ‘most improved’ is rightfully deserved for casting aside the dismal shadow of Communism and resuscitating centuries-old traditions that have long made this Baltic treasure shine.

Hundreds of crumbling castles and manor houses – from medieval to Rococo – hide in the nation’s dense forests of pine, and today many of these estates have been lavishly transformed into inns and museums. In fact an entire week could be spent in the countryside connecting the stars of this constellation.

Food, too, has come a long way from sweaty pork and potatoes. A fleet of (new) New Nordic chefs are catapulting local flavours to such artisanal heights that they would truly give Copenhagen a run for its money if Michelin were paying them more attention.

And as the country’s rural population continues to dwindle, Riga, the capital, further bolsters its importance throughout both the country and the region, especially after receiving a generous infusion of EU funds during its reign as European Capital of Culture in 2014. Much of the money was earmarked for infrastructure improvements and major renovations to important civic structures like the former KGB headquarters (now a fascinating museum), and the clutch of coveted Art Nouveau façades, of which the city has over 700 – one of the largest collections in the world.

Cast modesty aside and indulge in Latvia’s most Latvian tradition, the pirts – a hot birch sauna. A traditional pirts is run by a sauna master who cares for her naked attendees while performing choreographed branch beatings that draw on ancient pagan traditions. Herbs and wildflowers swish in the air to raise the humidity in the chamber for a series of sweltering 15-minute sessions before you exit the sauna to jump in a nearby body of water (lake, pond or sea). Nibbles and tipples, like smoked fish and beer, are intermixed for good measure, in what is largely the best way to swap the latest gossip with locals.

Gauja National Park may be known as a pine-studded preserve filled with medieval ruins, but it also holds some of the most eccentric relics from the Soviet era. Don’t miss the 1200m cement bobsled track built near Sigulda as the training course for the Soviet Olympic team, and check out the top-secret nuclear fallout shelter buried under a convalescence home in Lĩgatne. The bunker was of high strategic importance during the Cold War and the rooms covered in untouched switchboards and Soviet propaganda will undoubtedly perk the antenna of any Bond enthusiast. 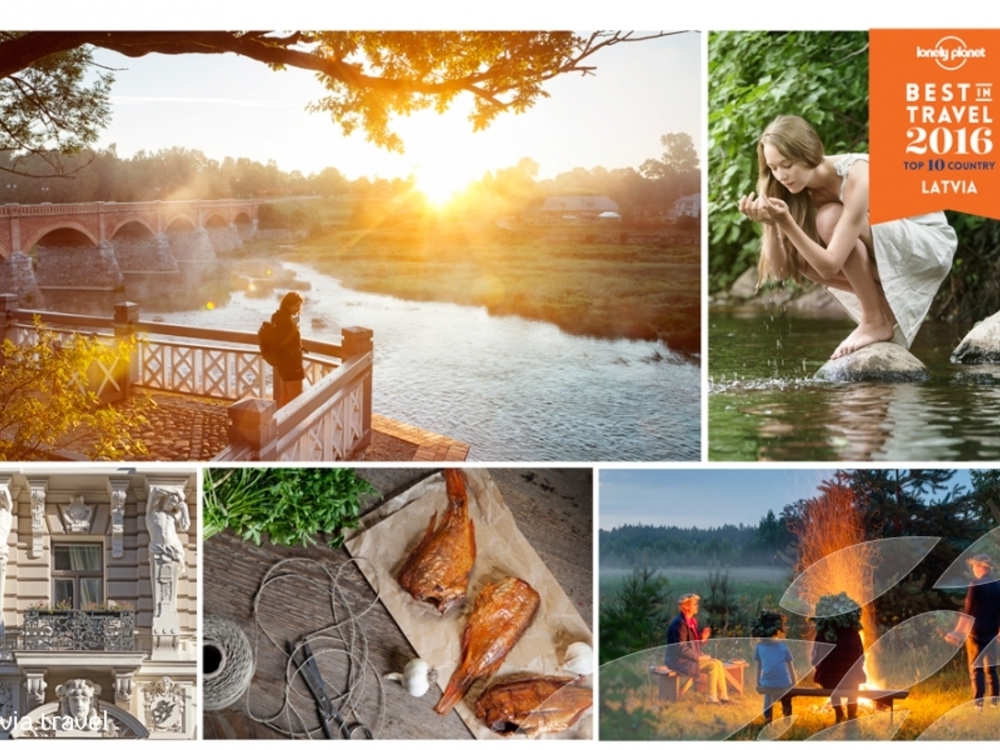